I’m sure you have already heard about a new local 6 meter repeater due to go live shortly here in the Sedalia area.  It may not be of much interest to you now because many of us don’t have 6M capability.

But, did you know that you may already have the ability to at least listen to the new repeater once it goes on the air?  Many hand held, base, and mobile radios today enjoy expanded receivers.  You will be able to monitor, but not transmit.

So, put the new 6M repeater in a memory channel in your radio and include it when you scan.  For that matter, local repeaters in the 220 Mhz band could be included, too.  The little, pocket-friendly, iCom Q7 here enjoys a wide band receiver capable of picking up a wide range of other frequencies like commercial FM broadcast radio, public service, and even AM aircraft.  It will only transmit in the 2M/70cm bands.  It is a very old radio. Newer ones have lots more capabilities.

Take another look at the radios you carry or in your shack.  They may have some features you overlooked or were not aware of.

Club Members,  it is with regret that I must cancel our April Club Meeting.  This is in the best interest of the membership based on our current situation.  Harry had mentioned possibly having a net at our regular meeting time and I think that would be a great idea!  So, I will be the net control at 8:30am on April 4th.  This will not be an official club meeting  but, will be a chance for our camaraderie during these challenging times.  I am looking forward to the 4th!  Please stay safe.  -Bret W0VK

Will be Tuesday March 3rd beginning approximately 10:05am after the state wide siren test.

Now available just log in, go to menu, go to member access, then to the packet. Lots of information and resources in it for all hams.

Monday (March 2nd) at 7pm the National Weather Service will be conducting storm spotter training for the Sedalia-Pettis County EMA. This training is by invite only.   EMA Director Trisha Rooda is inviting all members of SPARK to attend. Training will be at the Pettis County Courthouse. Hope to see you there. 73’s KE0QYA

Meeting this Saturday (2-1-2020) will be at the EOC HEADQUARTERS at the Pettis County Sheriff’s office in the basement. Located at 4th & Lamine in Sedalia (ne of courthouse). Meeting begins at 8:30.

Thanks to all those who were willing to participate.    Please take a moment to get on the air this day from your own shack.  Below is a list of other ARRL contest dates for 2020-2021. 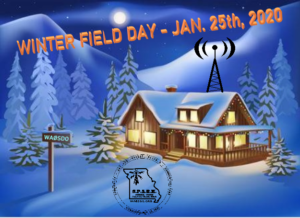 Join the conversation, and test your signal not using a repeater.

There are no upcoming events at this time.

This is the website of the Sedalia-Pettis Amateur Radio Klub